I’m sharing both of my birth stories because when I was a soon-to-be mom 3 years ago, home birth stories were far and few between. I was searching nonstop for an honest account that I could resonate with, but never found one.

Meeting that need is the main reason that I created the OrganicMommyCEO platform. Now, with 2 beautiful home birth experiences behind me, I am proud to share what I wish was available to me.

The 24-Hours Before Labor

We spent our normal family Sunday together at home — just the 3 of us + the dogs.

I had been feeling light Braxton-Hicks contractions for most of the day, but nothing was uncomfortable or unusual. At 41 weeks + 2 days gestation, this was expected!

For lunch, we decided to have a Papa Gino’s cheese pizza (my weakness!) + boneless buffalo wings. We figured eating some spicy chicken while bouncing on the yoga ball would only encourage a baby who was ready.

My Braxton-Hicks got more noticeable when I nursed our daughter down to sleep around 8 PM. I could feel some pressure on my cervix, but that wasn’t unusual either. Baby had been knocking on the cervix inconsistently every few days.

I had birthed our daughter at 41 weeks + 3 days gestation and remember thinking “How cool would it be to have the same pregnancy length for this baby?“

Kev was finishing work in the kitchen + I was holding off on going to sleep until he was coming to bed, too. To pass the time, I laid in bed with the peanut ball between my legs just to change up positioning + massaged the wiggling baby in my belly.

The baby’s movements were so strong + funny! Throughout the whole pregnancy, I could feel elbows, knees, fingers + toes. I could feel the baby’s hands wiggling at the bottom of my pelvis between big kicks. I got up from bed to tell Kev that this activity was extra funny tonight, so maybe he should come rest just incase this was an unexpected precursor to labor.

I called Kev to bring me paper towels so that I could get upright + go to the bathroom. My waters were clear + the adrenaline of excitement was pumping through me. I started shaking right away!

Kev called our midwife, Jessica, to make sure we were in touch before any of them headed to sleep. We knew it’d be best if I could rest until labor felt too strong to sleep through anymore.

But within 20-minutes, I was upright + unable to sleep. My mucous plug released + just like our daughter’s birth, that’s when contractions — which I call “waves” — picked up.

I had a couple of waves that were less than 10-minutes apart, so the midwives suggested to wait to see what the next hour or two would bring.

We called my sister, Nikki, to come over to be our daughter’s “birth attendant” in case she woke up during the birth. In the meantime, she had our cameras out for the photos + videos you see here.

Then 45-minutes later, I had Kev asking the midwives if it was okay to bear down (aka push) + when is best to get into the birth tub.

My midwives’ response was to follow my body + if waves were feeling strong + close, then getting into the birth tub was fine.

At this point, Kev said waves were 3-minutes apart.

Also at this point, the hot water was running out from filling the birth tub! Kev + Nikki started to boil huge pasta pots of water to add heat to the cold water filling the rest of the tub. This happened in our last home birth (in a different house), too!

Kev asks the midwives if it’s okay for me to bear down again. They encourage to follow my body’s lead, but not do more than my body is asking for.

The last text in the midwife group chat is from Kev, which reads “She’s doing awesome. See you all soon!”

The midwives arrive + I remember hearing them quietly enter, but being too in my groove to acknowledge them.

I want to pause for a moment to give a huge shoutout to my husband, Kev. He has made supporting me in this organic motherhood his mission + he put all that he’s learned into full-throttle use this night.

In addition to getting all of the birth equipment setup by himself, Kev was all-in with me physically.

He could read my body’s cues spot on. I loved how he coached me with my affirmations + threw in some of his own. He held my hanging weight + squeezing hands for hours on-end. I drew so much strength from his strength as he breathed through every single wave with me.

And, during transition, when I was whining that I really just didn’t want to do this anymore (that’s actually a really big cue that you’re in transition, by the way!), he physically carried me between the tub + the toilet + the doorway + the couch as we changed positions for efficiency.

There wasn’t one part of this birth that he didn’t participate in full body + mind. I am so grateful + proud to get to do this life with this man. ♥️

If you’re interested in reading this birth story from his perspective, check out his OrganicDaddyCEO blog.

When I hit transition, I felt my body literally rolling with the waves. I was so comfortable being in my own house with the ambience + environment I was used to. I remember feeling so grateful that I was simply HOME.

Later, I learned from my midwives that I never got a single break between waves. They also said I must have dilated to completion within minutes of my water breaking. Crazy!

Having the ability to move my body freely from start to finish helped me to do the most efficient work with each wave.

Note: I find the peanut ball uncomfortable. I’d go so far as to use the word hate… but it really is a HUGE gamechanger for making room in the pelvis. So, love-hate. Consider adding it to your arsenal of birth equipment!

After the waves on the couch, I had my first and only physical check of the entire pregnancy. My midwife inserted a tiny fingertip and said “Oh! Courtney, your baby’s right there! Feel it!”

And I realized that what I had felt when I tried to check myself earlier while on the toilet had actually been baby’s head! I thought it was just cervix, which was a little defeating in that moment because I could’ve sworn I had done more work than that… Turns out, I had!

Being on my back for the wave that followed the midwives’ check was the most uncomfortable part of the birth. I quickly asked if I could get back in the birth tub + about 2-3 waves after re-entry there, I felt a massive shift of baby’s head + shoulders all the way down.

That “ring of fire” sensation was GLORIOUS. It’s the sign of the finish line for me.

Listening to my body — especially during that time — has helped me to not tear during either birth. I did short, quick breaths to slow my waves down as I squatted on both knees while hanging over the edge of the tub.

No one was prompting me to “push” or to lay down. I was in full decision-making capacity + my birth team was quietly on the sidelines available for suggestions when I asked for them.

Kev got into the birth tub to guide baby’s head + shoulders out with our midwife coaching him on how to do it. My husband handed our baby to me as I turned around to hold the baby for the first time.

I brought baby to my chest for that first sweet snuggle. I’ll never forget the feeling of that first hold or the look on Kev’s face when I told him…

My husband hung out with us bonding in the birth tub while I birthed the placenta. We kept the placenta floating in a stainless steel bowl while the birth tub drained + while waiting for the umbilical cord to stop pulsating (delayed cord clamping).

Then we walked from the birth tub to the bedroom with the placenta bowl + baby in-hand.

Our bed was prepped for a quick vaginal check, which revealed that I had “not a scratch!” No tearing, no cuts, nothing. 🙌🏼

Our son never left my arms the entire time.

Kev cut the cord when it stopped pulsating + the midwives eventually made a placenta print on canvas. We chose not to encapsulate the placenta this time.

The midwives continued with a simple newborn exam — checking weight, vitals, physical structure, reflexes, etc. — all while baby was on my body.

We had our first breastfeeding latch in bed while the midwives cleaned up the birthing equipment, and so began KJ’s First 24-Hours After Birth (which you can read about here soon in a separate post).

Thank You to My Birth Team

I would be remiss to recount this huge event + only vaguely say “my midwife” or “the midwives” through this blog post.

Sarafina, Emily, Tuly (and Jessica, not pictured) — “The Midwives” — You held the space we wanted + gave us the positioning we needed to birth efficiently + beautifully. I am so grateful + proud to have had such strong, smart women by my side throughout this entire pregnancy. THANK YOU.

Nikki — Thank you for jumping in for our birth photographer last-minute + being on-call to help with Big Sister in all the ways that you did (and continue to!). We love sharing this with you!

What’s your relationship to home birthing?

I never thought I’d be someone who gave birth at home until I looked into my options. Even realizing that I had options was eye-opening for me, let alone deciding among them.

I’d love to be a resource for moms considering home birth as an option for their family. Please, ask me anything! 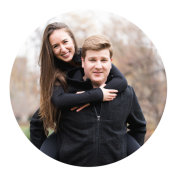 Questions to Ask Your Midwife In-Person

How I Avoided Tearing During Birth